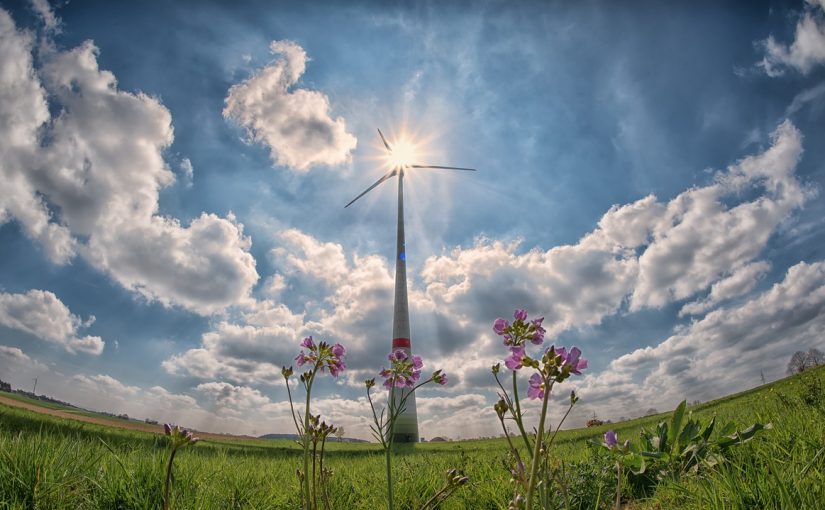 Wind energy is one of the cleanest, if not cleanest, renewable energy sources available to us. What most people don’t know is it is also the fastest growing energy sector.

Wind is an indirect version of solar power. Different surfaces on the Earth react differently to being hit by sunlight, particular in regards to heat. As sunlight heats up surfaces, they warm up at different rates. The surround air also warms up at different rates, fertilizing the wind process. Temperatures over a body of water like a lake will always be cooler than temperatures over rocky ground. Hot air rises and cool air rushes into fill such voids. As this process occurs, the rushing air manifests as wind and an incredibly cheap and clean energy source.

Using the wind to harness energy from our environment is hardly a new concept. Ancient Persians are believed to have been the first group to use windmills to turn grain grinding machines. The Dutch, of course, are also famous for their windmills and so on. In modern days, however, wind energy platforms are much more refined and used primarily for energy production.

There are a number of reasons why wind power is part of our energy solution. First, it produces no pollution or greenhouse gases. Second, it is renewable and will last for as long as our son – about another four billion years. Third, wind energy is available in practically any country, which means no reliance on foreign sources. Fourth, wind power produces more jobs per watt produced than all other energy platforms, including oil and coal.

Wind power is growing in use and popularity in places such as Germany and China. In the United States, California has three large wind farms that are used to provide power during massive energy use periods in the summer. The process is viable, but we must accept it and pursue better technology to wring the most out of the huffing and puffing of Mother Nature.

To get energy from wind, we must focus on a concept known as kinetic energy. Do to micro-climate situations, wind is produced fairly readily in a natural process. The sun heats the ground, but does so at different rates. In areas where the ground is heated faster, the air rises as temperatures go up. Air from cooler surrounding areas then rushes in to fill the gap. We then convert it into usable electricity by catching it with wind turbines. The wind is caught by the blades of a spinner, which turns, cranks a generator and electricity is produced. This process is natural and simple, but produces a monstrous amount of energy. If we could harness all the wind in the world, we would have more than 10 times the amount of energy we need for the entire globe. Of course, harnessing it is the problem.

The sole fact that there is enough power produced by wind energy to handle a city the size of Chicago is pretty impressive. As we move into the 21st century, new technology is heading in the direction of creating wind energy platforms for individual residences.